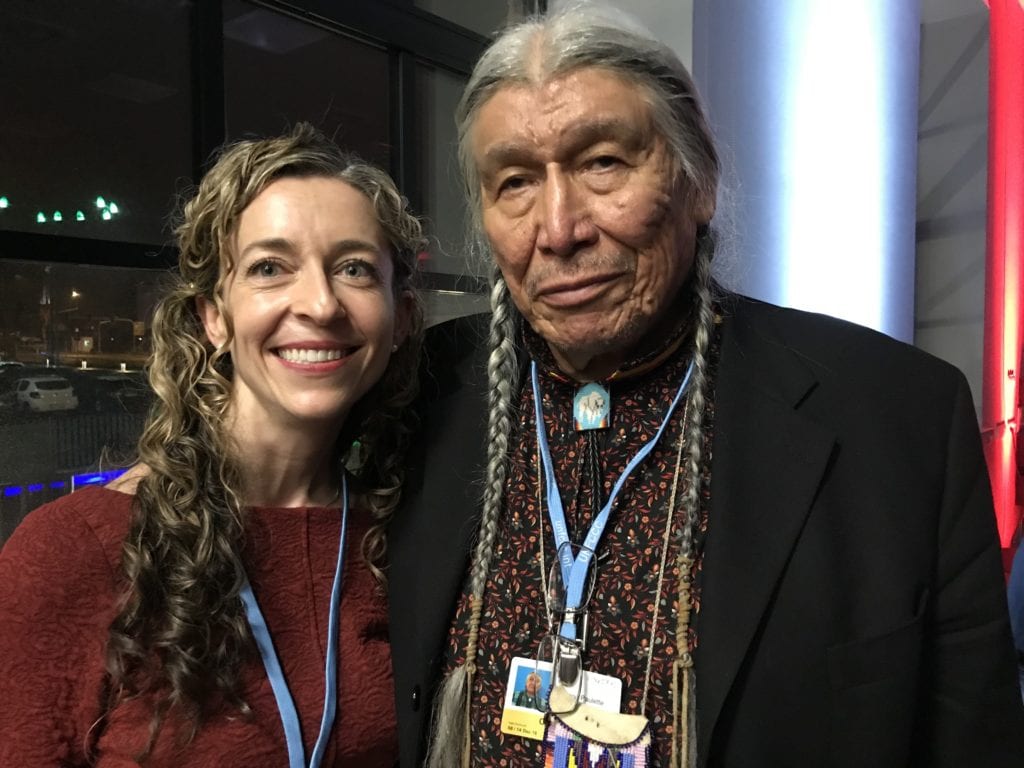 A Dene Suline and member of the Smith’s Landing Treaty 8 First Nation, Francois Paulette survived the residential school system before going on to become the youngest Chief in the NWT Indian Brotherhood in 1971. In 1972, along with sixteen other chiefs from the Mackenzie Valley, he challenged the Crown to recognize treaty rights and aboriginal title to over 450,000 square miles of land in the historic Paulette case. He remains a passionate and outspoken advocate of treaty and indigenous rights in al matters affecting his people, and is recognized in the courts as an expert witness on historic treaties.

As Chief Negotiator for the Smith’s Landing First Nation, Francois worked diligently to conclude a Treaty Land Entitlement Agreement, which has proven to be of critical importance in protecting the Slave River from hydro-electric development.

Francois takes pride in maintaining his Dene language and the traditional knowledge that derives from his close relationship with the land. He was one of the founding members of the Dene Cultural Institute, and continues to serve as an interpreter of traditional knowledge and a facilitator of cross-cultural understanding. As a collaborator on a number of Canadian and international documentary films, he has helped to increase public understanding of the Dene way of life (Dene Ch’anie), and has participated in ecumenical forums, including the Parliament of the World’s Religions, to promote and understanding of the spiritual world of the Dene.

Francois has extensive experience as a guest lecturer at institutions such as Aurora College, Dechinta Centre for Research and Learning, the University of Alberta and the Munk School of Global Affairs, University of Toronto.

François remains active in efforts to protect the natural environment of Denendeh. He has chaired and contributed to numerous water conferences in the north and has been a collaborator on several documentary films focusing on the impact of the tar sands development on the environment and peoples of northern Canada. He was a presenter at the 8th and 9th World Wilderness Congresses in Anchorage, Alaska and Merida, Mexico, respectively. Over the years, he has participated in five meetings of the United Nations Framework Convention on Climate Change, notably in Copenhagen, Durban, Cancun, Paris, and Marakesh.

He is currently a member of the Assembly of First Nations Elders Council and serves as the Elder Lead on Climate Change in dialogue with Environment and Climate Change Canada on the development of traditional knowledge policy. Ultimately, however, his well-being and strength derives from relationships with family and his life on the ancestral lands of the Dene.