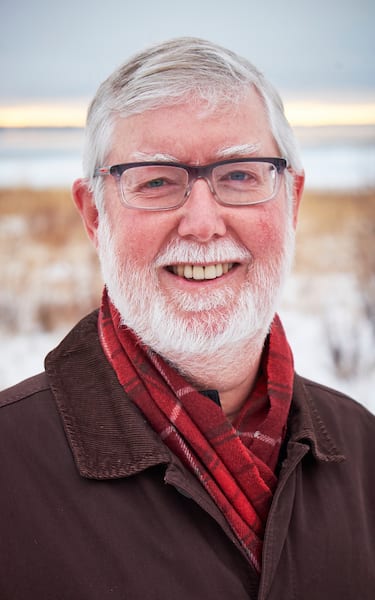 Robert G. Bromley, PhD, is a life-long resident of Yellowknife, Northwest Territories. Bob is a retired biologist with 35 years experience in arctic biology, focused on birds and ecosystem health. During this period he served with the Government of the Northwest Territories, and as an independent consultant. He co-founded Ecology North in 1971, the only local NWT environmental organization. Bromley conducted a 4-year sustainable community project with the Tłı̨chǫ community Whati from 2002 through 2005, during which he was the lead in developing the first community energy plan in the North. In 2005 he received the national Canadian Network for Environmental Education and Communication Award for Excellence in Environmental Education (Non-Profit Individual). He served as MLA for Weledeh in the NWT Legislative Assembly from 2007 to 2015. Bob is a fiddle enthusiast, and was fiddle instructor with Strings Across the Sky for many years, and started up the Aurora Fiddle Society in 2006. In 2012, He was awarded the Queen Elizabeth II Diamond Jubilee Medal.